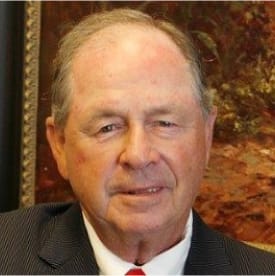 In 1964, he became the primary stockholder and president of Carter County Bank making him the youngest bank president and CEO in the United States at the age of 24. Five years later, he formed the first statewide banking organization in Tennessee history, the United Tennessee Bancshares Corporation, which initially included Carter County Bank in Elizabethton and First People’s Bank in Johnson City. Several years later, Nashville City Bank in Nashville and National Bank of Commerce in Memphis were brought into the organization. He also co-founded Paragon Bank in Raleigh, North Carolina, in 1999.

As a former director of Northwestern Financial Corporation, Greene was a part of the first major banking merger in the United States with First Union Corporation, now Wachovia Bank, which has grown to be one of the country’s largest banks. In addition, he co-founded Bank of Tennessee. Greene has been chairman, chief executive officer and president of BancTenn Corporation since 1972. He was a member of the Young President Organization for 18 years and in 1998 served as International President of the World President Organization. He received the 3rd Amzi Smith Award in 2016. This award recognizes a distinguished businessperson who brought together like-minded business leaders.

Aside from banking, athletics have always been a passion for Greene. He attended Wake Forest University on a dual scholarship in basketball and golf. After his college career, he remained an avid golfer with numerous amateur titles. He has represented Tennessee five times on the Mid-South Cup Team and has been a member of the Tennessee Amateur Cup seven times. He won the Tennessee State Senior Four Ball in 1998 and has had four top 10 finishes in the Tennessee State Amateur Championship. In addition, he has served as chairman of the Tennessee Gold Foundation and president of the Tennessee Golf Association. As chairman, he lent his support to the First Tee Project and the Vinny Links for Kids, country music star Vince Gill’s pro-celebrity golf event which raised more than $2.5 million for junior golf in Tennessee.

We’re In The Business of Happiness
Learn More Contact Us